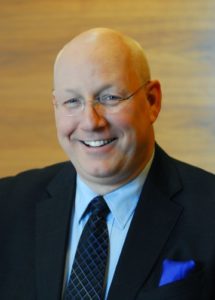 Geoff has been passionate about making a difference in the lives of seniors since he was just 12 years old. As a boy, he looked for ways to help seniors make their lives easier. That tradition has remained a constant part of his life.

Geoff Cowman began his working career in the employ of the Federal Government, completing just under 12 distinguished years of service with Transport Canada as an operational Air/Ground Traffic Controller. He left the civil service sector in 1986 to join Dale Carnegie Systems as both a Regional Manager of Instruction and a qualified instructor of 5 different Dale Carnegie courses.

After an 18-year association with Carnegie, graduating well over 6,000 business professionals from leadership, management, sales and personal development programs, Geoff moved on to begin his own training and consulting business, while still maintaining a full-time career as a financial planner for nearly two years. While his training business was continuing to mature, Geoff seized an opportunity to move in the retail automotive sector, first as a sales/leasing consultant and then as a Parts Manager at a large Toronto (Freeway Ford) dealership.

After five years, he left to concentrate full-time on his consulting business, securing a number of training contracts, primarily in the entrepreneurial training and telecommunications business.

Finally, he joined Ford of Canada’s ‘Growth in Action’ program in June of 1999 as a sub-contracted in-dealership training consultant (eventually adding numerous other Ford training programs to his repertoire) securing yearly contracts based on proven performance with Ford’s dealerships. Geoff worked throughout Ontario until moving to the Pacific Region late in 2003. January of 2009 marks the beginning of Geoff’s return to focusing strictly on his own business, offering a totally unique ‘holistic’ leadership/coaching solution for innovative, forward-thinking organizations that embrace the philosophy of continuous improvement.

A skilled facilitator and dedicated trainer in both the personal and professional development arenas, Geoff is also an avid reader, a ‘confirmed car nut’ and enthusiast of vintage Ford Thunderbirds and Mustangs as well as a (very!) amateur carpenter/woodworker.  Although his roots are in Ontario, he has resided in the Vancouver area since 2003.

During the past few years, Geoff has been involved in working with senior-related needs and building strong connections to related businesses through his association with a seniors-focused business networking group.